To share your memory on the wall of Walter Yurkus, sign in using one of the following options:

There may be a delay while processing. Please do not click the back button or refresh while a payment is processing.

Your donation has been processed successfully

A receipt has been emailed to the address provided. A receipt may also be printed.


Walter Xavier Yurkus, age 58 of Scarsdale, N.Y, passed away on June 27th, 2021. He was born to Walter C. Yurkus and Helen B. Yurkus in Brooklyn on August 4, 1962. He lived in Brooklyn, Queens, The Bronx, and Scarsdale, N.Y. Walter had long and rewarding careers with Greyhound Bus Lines and the New York Department of Sanitation. He enjoyed and valued the brotherhood and camaraderie of his fellow workers in both jobs.

Walter loved all varieties of rock music and especially enjoyed attending concerts. He was a huge NASCAR fan, watching races weekly on TV, as well as watching several races in person. Walter loved all animals. He never met a stray dog or cat that he didn’t care for- usually getting them food, and often adopting them ! Walter will be remembered for finding humor in any situation and could bring a smile to anyone’s face.

Walter is survived by his beloved wife of 28 years Loretta Groller, his sister Barbara Steiger (husband Les) and brother-in-laws Ritchie Groller and Robert Groller (wife Joyce). “Uncle Wawa” will be missed and fondly remembered by nieces Meggie and Madison, nephews Matthew, Daniel, Stephen, Robby, and Randy, as well as 16 great- nephews and nieces. Walter was predeceased by his parents.

There will be a Mass service at Our Lady of Hope Roman Catholic Church, 61-27 71st St., Middle Village, NY. on Monday July 5th at 9:45 am. Following the Mass there will be a burial ceremony at Gate of Heaven Cemetery in Hawthorne, NY.

In lieu of flowers, the family requests donations be made to the Humane Society of Westchester to continue Walter’s kindness and compassion for animals.

PLEASE IGNORE ALL REFERENCES TO “SENDING FLOWERS FOR WALTER” ON THIS WEBSITE.
Read Less

To send flowers to the family or plant a tree in memory of Walter Xavier Yurkus, please visit our Heartfelt Sympathies Store.

Provide comfort for the family with a meaningful gesture of sympathy.

We encourage you to share your most beloved memories of Walter here, so that the family and other loved ones can always see it. You can upload cherished photographs, or share your favorite stories, and can even comment on those shared by others.

Guaranteed hand delivery by a local florist
TO

Posted Jul 02, 2021 at 11:08am
An amazing tribute to an amazing man and the beautiful life you shared, Loretta I am so sorry for your loss, I offer my deepest condolences. I will pray for you to find peace. Terry, Mike and the kids.
Comment Share
Share via:
DW

Posted Jul 02, 2021 at 08:54am
LG…… I am soooo very sorry to hear of Wawa’s passing. My thoughts and prayers are with you and your family❤️Wattseroni
Comment Share
Share via:
AC

Posted Jul 02, 2021 at 08:51am
Loretta what wonderful memories of you and Walter. Our condolences to and family .Our thoughts and prayers . Ann Marie and John 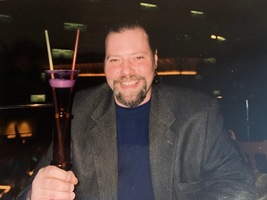 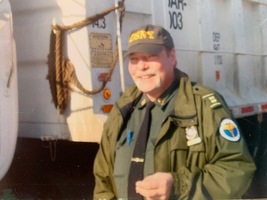 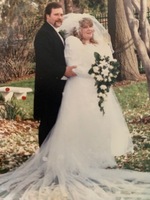