To share your memory on the wall of Blanche Guitano, sign in using one of the following options:

There may be a delay while processing. Please do not click the back button or refresh while a payment is processing.

Your donation has been processed successfully

A receipt has been emailed to the address provided. A receipt may also be printed.

To send flowers to the family or plant a tree in memory of Blanche Hattie Guitano, please visit our Heartfelt Sympathies Store.

Provide comfort for the family with a meaningful gesture of sympathy.

We encourage you to share your most beloved memories of Blanche here, so that the family and other loved ones can always see it. You can upload cherished photographs, or share your favorite stories, and can even comment on those shared by others.

Posted Jun 20, 2021 at 08:36am
In loving memory of a truly loving person who always treated us like family. May the branches of this tree represent the branches Blanche extended.

Posted Jun 19, 2021 at 03:41pm
I couldn't have asked for a better grandmother/role model. I thank God for putting me in your hands. You will be missed. I love you 💕
Comment Share
Share via: 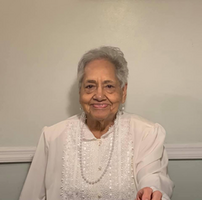